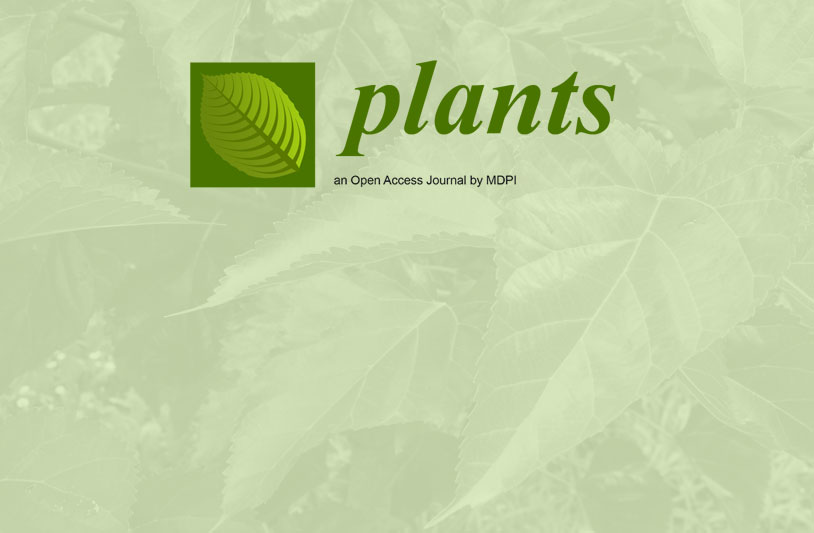 “Plants” is an international and multidisciplinary scientific open access journal that covers all key areas of plant science, published by MPD monthly; it is open-access and peer-reviewed.

Isolation and Analysis of Characteristic Compounds from Herbal and Plant Extracts
Herbal and plant extracts show diverse activities and have been used for centuries as natural medicines for many health problems and diseases. Through the isolation and analysis of the compounds in the extracts, it is possible to understand why the extracts exhibit those activities, as well as the chemical metabolism of compounds that occur in plants and herbs. Recently, there have been increasing attempts to develop herbal and plant extracts into functional foods and drugs, but the legal requirements are becoming stricter. We need sophisticatedly defined extracts through the isolation and analysis of compounds comprising them in order to meet the legal requirements and to pursue quality control strategies in the production of functional foods and drugs.
This Special Issue of Plants will highlight the isolation, profiling, and analysis of compounds in herbal and plant extracts, as well as quality control and standardized processing strategies for extracts with characteristic compounds.

Article published on 28 July 2021: “Determination of 1-Deoxynojirimycin (1-DNJ) in Leaves of Italian or Italy-Adapted Cultivars of Mulberry (Morus sp.pl.) by HPLC-MS”.

1-Deoxynojirimycin (1-DNJ) is a naturally occurring sugar analogue with unique bioactivities. Found in mulberry leaves and silkworms, it is a potent α-glucosidase inhibitor and it possesses anti-hyperglycemic, anti-obese, anti-viral and anti-tumor properties. Some derivatives of 1-DNJ were applied clinically to treat diseases such as diabetes and lysosomal storage disorders*.

*Lysosomal storage diseases or LSD (acronym from the English Lysosomial Storage Disease) are a heterogeneous family of diseases, about 50, due to different types of genetic defects. Usually these pathologies are caused by lysosomal dysfunctions provoked by the deficiency of a single enzyme necessary for the metabolism of lipids, glycoproteins (proteins containing sugar) or mucopolysaccharides.

Recently, 1-DNJ has been widely studied by scientists for its capacity to inhibit α-glucosidase and reduce postprandial blood glucose** and fat accumulation. To the best of our knowledge, this is the first analytical determination of 1-DNJ in Morus sp.pl. leaves carried out on Italian crops, and it could be used as a reference to assess the quality of the plant material in comparison to Far Eastern Asia cultivations. The effects of two thermal treatments were compared to test the incidence of the drying process on the 1-DNJ extractability. In addition, two harvesting seasons in the same year (2017) and two subsequent harvesting years (2017–2018) were considered. The amount of 1-DNJ herein found was comparable to that reported in the scientific literature for Asian cultivations. The increase in 1-DNJ along the summer and the higher level of this compound in the apical leaves also complies with previous findings. However, a strong implication for the climatic conditions in the different years and a significant interaction between climate and genotypes suggest exploring very carefully the agronomic practices and selecting cultivars according to different environmental conditions with a view to standardize the 1-DNJ amount in leaves.

**Postprandial blood glucose is a numerical value that indicates how much glucose is present in the blood two hours after the end of a meal.

Previous Post The renewal of sericulture in Maribor, Slovenija and Hungary Next Post Results of the Regional project SILK PLUS presented in Padua