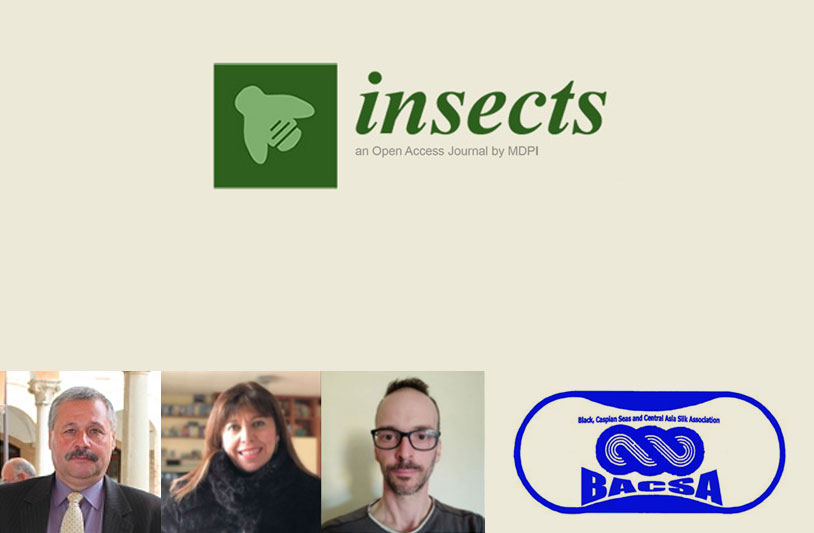 BACSA for the Future of Sericulture in Europe and Central Asia

Crea Researchers at Padua sericulture lab among the authors of a publication on the activities of the Black, Caspian Seas and Central Asia Silk Association.

“Insects” is an international journal of entomology published by MPD monthly; it is open-access and peer-reviewed.
This article belongs to “Silkworm and Silk: Traditional and Innovative Applications”, the special issue that has been already developed during 2021, and recently extended for other six months until the end of June 2022, with the aim of giving a comprehensive overview of the fields and applications for which the silkworm can be exploited.

This paper describes the 16-years long activity of the Black Caspian Seas and Central Asia Silk Association, which was founded in 2005 to revive the sericultural activity in the area indicated by its own denomination. The reasons why this Association was established are described as a direct consequence of the decline in the sericulture agroindustry following the collapse of the Soviet Union and the world cocoon/raw silk decrease of production (except for China and India) since the 90s of the 20th century. Therefore, the enlargement of its membership to countries outside of the boundaries of the geographical area is outlined as well as its internal organization and the actions performed to promote the interaction among the member countries, especially the biyearly conferences. The international scenario is depicted to explain the criticalities experienced in promoting sericultural activities in the region, as well as the opportunities offered by the new applications of the silk, silk proteins and mulberry derivatives.

BACSA, being established only 16 years ago, is a rather young international organization, for example in comparison to another one in the same sector, the International Sericultural Commission (1960). BACSA is basically managed on a voluntary basis thanks to the work and support of individual members, mostly belonging to scientific institutions. According to its aims, it has been strengthening links and sharing knowledge among sericultural member countries, by giving a wide support to many actions dedicated to the revival of sericulture in Europe, Caucasus and Central Asia. Although this revival has not been possible yet on a large scale there are many hints about possible future developments, so that the support action of this Association continues to be fundamental and would deserve more attention by the sector stakeholders.